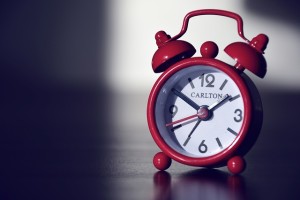 From a Chinese medical perspective, there are many reasons that could contribute to restless sleep and insomnia. With an increase in bad habits in modern society, such as irregular sleeping patterns, lack of exercise and an overall stressful life, people are now sleeping less and at a reduced quality more than ever. In this article we will take a look at some of the key points emphasized from Chinese medical professionals as to what may cause people to suffer from sleep deprivation disorders such as insomnia.

Smoking, alcohol, excessive tea and coffee, and strenuous exercise before sleeping increase wakefulness. Chinese doctors often say do not drink any caffeinated beverages after 6pm, and that exercising before 7pm is best. From a meridian standpoint, exercising between 4-6pm is the best, but many people also find healthy results from exercising in the morning.

Too much daytime napping in addition to remaining on one’s bed easily disrupts a person’s sleep cycle. Keep naps to less than 20 minutes before 3pm should you choose to take one, and try to only associate your bed with sleeping at night rather than as a couch for you to lie on and watch movies or read books during the day. We don’t use the kitchen for watching TV or the bathroom for working, so the bedroom should be no different.

Excessive reliance on an object or activity such as watching TV to fall asleep is also an issue. People can unwind at the end of the night by using non-LCD screens for reading etc. but should try to avoid staring into computer devices due to the impact they have on the brain, which includes a variety of sleep disruption patterns such as intensified dreams.

Neurological disorders and mental illness can also both come from and cause neurasthenia, anxiety and depression, and one should pay attention to the cause-effect relationship between the two.

Certain drugs or can cause insomnia. Amphetamine diet pills, which stimulate the central nervous system, can cause insomnia, and long-term use of sleeping pills, when stopped, will cause a serious decline in the quality of sleep, often inducing many nightmares.

Changes in the environment affect our sleep and stimulate physiological responses. For example, changes in sleeping environments when in a car, boat, or airplane all have an effect, and strong light in the bedroom, noise, and or overly cold or warm sleeping temperature can all cause insomnia. Some people have strong environment adaptability, while others are very sensitive and have poor adaptability, so determining what type you are is important.

Mental and spiritual factors lead to insomnia. Psychological factors such as anxiety, irritability or depression, unpleasant moods etc., are all causes of insomnia. Stress from daily life, pressure from work or studying, as well as unfulfilled wishes and changes in the social environment can generate psychological and physiological reactions, leading to abnormal functioning of the nervous system that results in dysfunction of the brain, causing insomnia.

Which foods cause insomnia?

Milk chocolate can affect sleep as it also contains tyrosine. Tyrosine is converted into the stimulant dopamine, causing alertness and awareness at night, making one toss and turn, unable to sleep.

As we all know, caffeine has for many years been considered the main culprit for insomnia. Although caffeine does not add any energy to the body, it really is a kind of stimulant, increasing alertness of the body and creating difficulty in sleeping.

Alcohol meanwhile has sedative effects, but the strange thing is that drinking can lead to difficulty falling asleep at night. Experts have expressed that many people relax by drinking, but alcohol actually hinders the body from entering REM (rapid eye movement) deep sleep. It is precisely because of this that many people who fall asleep after drinking still feeling groggy the next day.

Some herbal teas aid sleep, but it is best not to add ginseng to them. Some people have no reactions after drinking ginseng tea, but others instead experience insomnia and issues with high blood pressure. Experts suggest that ginseng tea is best not drunk within a few hours before going to bed.

Greasy food, when consumed, will increase the workload of the intestines, stomach, liver, gallbladder and pancreas, stimulating the nervous center, and thus leading to insomnia.

Lastly, avoid food such as beans, cabbage, onions, corn, bananas etc. that lead to bloating, as they can also interfere with sleep.

In terms of food, eat more fruits, vegetables and foods that nourish the brain nerves such as millet, dates, walnuts, etc. Milk, potatoes, pasta or vegetables with a little chicken or fish, are foods that can induce the brain to secrete a hormone called serotonin, which has a relaxed, soothing effect.

In terms of lifestyle, either change your exercise time or if exercise is largely absent from your life make sure to incorporate it immediately. Lifting weights, cardio exercises and outdoor activities are all highly beneficial for decreasing insomnia, and going for walks and hikes in nature have been proven to be highly effective. Qigong and meditation are also great ways to calm the mind and take away tension that may be disrupting sleep.