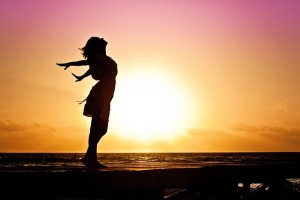 Correct breathing for Qigong differs from natural breathing in that the abdominal muscles move inwards on inhalation (also known as inward breathing) over a deep and elongated period, and the air should maximize lung capacity. This also improves upper lung ventilation, making blood flow more even in the lungs during general breathing while increasing lung capacity.

When exhaling, the abdomen should resume its original state, the chest and diaphragm move upwards and contract, and all the air is pushed out of the body. Beginners should adopt a comfortable depth, not forcefully holding their breath, and after much practice they can naturally breathe in a way that is “deep and long.”

Those who favor the use of natural breathing believe that when one breathes, air enters the lower abdomen’s vitro pubic region. Thus, natural breathing should be adopted, and this seems to be an obvious position to take.  But in reality, air outside the body does not directly go to this region. Anyone with the slightest knowledge of biology would know that air goes to through the nose to the windpipe before it reaches the abdomen.

In the not very formal breathing circumstances, such as when walking, drinking tea, sitting in a car and on other occasions, they also often naturally use natural breathing.

Formal breathing, however, is more thorough than natural breathing. With natural breathing, when breathing is inspired the lower abdomen protrudes forward such that the shoulders cannot rise and everything above the navel is almost completely motionless. It does not fully expand the chest and the lungs are not fully open; positive way when using inspiratory breath, chest completely open. When using the formal breathing method, the chest is fully open, the lower abdomen contracts inwards slightly and the diaphragm contracts downwards to its lowest. Thus, it is possible to maximum capacity to inhale fresh air. When breathing in, the abdomen contracts, air enters the lungs, and gas in the body can follow the cycle and path along the vessels connected to the pubic region, and because the abdominal muscles are in a tightened state this time, it is conducive to the exercise of internal gasification.

When using formal breathing, the amount of air that enters the body is approximately two to three times the usual amount.

Beginners learning to do formal breathing often feel within a day or two that the ear mouth is clearer, that they have a healthy and vigorous spirit, and that minor discomforts experienced by the mind and body can be alleviated.

Qigong beginners using “natural breathing” as the principle can usually become familiar with “formal breathing” within approximately a week.

Due to different body types (such as people with large bellies) or other reasons that make some people not suitable for formal breathing, only using long-term method of practicing breathing.

Furthermore, when training has reached a certain level, when learning advanced exercises one has to return to natural breathing, whereas beginners alternate both breathing exercises.

An ancient verse goes: “The heart guides the spirit, the spirit is a heavenly medication, continual exhalation, gentle inhalation, the exchanges of breath, heal diseases and extend life.”

Each person’s body has places to hold gas, and the universe is full of gas and a variety of high-energy matter. As long as the body is completely relaxed, the right technique used, and there is sufficient interchange of air within the body and in nature, a “high-energy gas storage “can appear and discomforts alleviated.

When practicing purifying breathing exercises, there are many positions for the hands. Pick one the most convenient, simple and practical hand position, and when you practice you just need to select the appropriate matching type. For details, see “holistically guiding natural energy ” with hands in front of (beyond) the abdomen.

Qigong and Meditation for Stress – How Breathing Relieves Anxiety
What is Qigong? A Beginner’s Guide to Energy Balance
Injury After Care & Sports Injury Recovery Through Qi-Gong