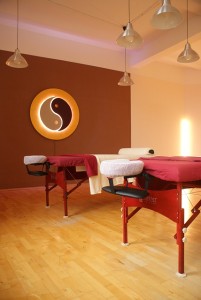 Massage plays a big role in Traditional Chinese Medicine, and it also has a place in many other forms of alternative medicine. In TCM, massage bears many similarities to acupressure and acupuncture in that it often focuses on key points in the body, helping to restore balance and the flow of Qi.

Massage has existed for many thousands of years and it has crossed many cultures in that time. Archaeological evidence shows that it existed in Ancient Egypt, Ancient China and Ancient Greece, and whilst the earliest reports of massage in the ancient world only date back to 2300 BCE, there is a good chance that it existed long before then.

The first time massage was listed in a medical text, was in 700 BCE, when it was listed by Qin Yueren, a Chinese physician and a proponent of what we now know as Traditional Chinese Medicine. The doctor’s skills were apparently so famous that he was known as Bian Que, the name of a mythical doctor who apparently lived during the reign of the Yellow Emperor. The Yellow Emperor is one of the Three Sovereigns and Five Emperors, Gods and demigods that were worshipped throughout ancient times and are still revered to this day.

As is to be expected from a man with such a legendary status, a lot of Bian Que’s life is more myth than truth and it is hard to decipher just what he really did. However, his work was certainly influential, and massage played a big role in his teachings. It remained as a significant part of Chinese Medicine throughout the next two thousand years, and within just 200 years it spread to Thailand, before making its way to Greece, and to the work of Hippocrates.

Massage remained at its most popular in its birthplace of China, and in the 6th century AD, Dr Sun Si Miao, another famous doctor closely connected with Traditional Chinese Medicine, wrote about many different massage techniques that could be used to cure a number of ailments.

A masseuse who practices Traditional Chinese Medicine is often a skilled practitioner, someone who will ask questions, make a diagnosis and then attempt a cure, as opposed to someone who will simply rub some oil onto your skin. Massage is an accepted form of therapy around the world, but in TCM it is something much more than that. It can help with a number of ailments, regulating the flow of Qi around the body, unblocking any obstructions that are causing distress and generally returning the patient’s body to a balanced state.

An appointment typically begins with a consultation. The practitioner will look for mental, physical and emotional symptoms and will then attempt to cure these through the practice of massage. The practitioner may work on acupressure points, and may also single-out meridians in order to fix the flow of Qi.

A massage in TCM typically lasts for an hour, and unlike Western or Thai massages, the patient is typically fully clothed throughout the experience. As with acupuncture, the patient may feel instant relief, but it is very rare that the issue will be fixed in just one appointment and the practitioner will probably recommended repeat visits.

In Traditional Chinese Medicine massage helps to restore the balance of Yin and Yang, and to assist with the flow of Qi. There are several different forms of massage and different ways in which they can help. A massage that focuses on meridians and on acupressure points can help your Qi to flow, which in turn can help with a wide range of ailments. A massage that has a more full-body experience can help you relax your muscles, to de-stress your mind and your body, and to instill a relaxed, content state of mind similar to what meditation and Qigong.

It is this benefit that has helped massage to grow around the world. Because even if you ignore the benefits associated with Traditional Chinese Medicine, this is still a practice that greatly benefits the patient. It has been shown to reduce blood pressure and bad cholesterol, to help with circulation, aches and pains, and even with respiratory problems. Massage has also been proven to help with a number of psychological problems, as it can reduce stress and anxiety and put the body and mind in a state of rest.

Simply put, whether you have any interest or belief in Traditional Chinese Medicine or not, you can not argue with the fact that massage does work.

During the Cultural Revolution a lot of practices common in Traditional Chinese Medicine were banned or changed in someway. Fengshui practitioners suffered heavily as the practice was made illegal, whilst acupuncture changed almost overnight, eradicating thousands of years of history and turning into something that more closely resembled a Western medical practice. Massage, however, was relatively unaffected. That is because its benefits were widely known, even to those who had no interest in traditional medicines.

To this day massage remains as one of the most popular treatments associated with Traditional Chinese Medicine in modern China. There are massage clinics and centers across the country and it is also prescribed by doctors and available in registered hospitals. Of course, not all practitioners are skilled in the art of Traditional Chinese Medicine, and many of them are knowledge in forms of Thai massage or sensual massage. That is why it is important to research in advance and to always ensure that you are working with a masseuse who is knowledgeable in TCM and treats you like a patient, as opposed to a customer. Only then can you enjoy the many benefits that massages can bring.

It is worth noting that while massage is not regulated in China, TCM massage is. The lack of regulation elsewhere means that unskilled masseuses are rife in China, but these have little to no interest in Traditional Chinese Medicine. In fact, in many cases these businesses are a front for something else. Prostitution is illegal in China, so many prostitutes work in brothels disguised as massage parlors. There’s a good chance you’ll get some additional service in these places, but it definitely won’t come in the form of a medicinal consultation.