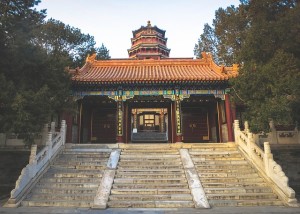 Often abbreviated to “TCM”, Traditional Chinese Medicine relates to a broad range of medicines and medical practices that were developed over in China over 2,000 years ago, and remain popular to this day. There are many branches of TCM, all of which have been discussed at length on this website, and while it has remained popular in the east, its popularity in the west has grown considerably over the last few decades.

Traditional Chinese Medicine is one of the oldest recorded medicines in the world. As far as we know, only the methods used by the Egyptians and then the Babylonians predate TCM, but neither of those has survived through the modern age, while TCM still flourishes to this day.

Although ancient China was a rich and vibrant civilization, its isolation from the rest of the world and from great empires such as the Greeks, the Romans and eventually the British, meant that word of its medicinal practices were not able to spread. Also, China as we know it today did not exist in historic times, as this region was controlled by several warring tribes.

What’s more, in the modern age, when the world opened up and international trade became possible, China’s ruling party pretty much operated a closed door policy. This changed in the early 1970s though, and within 10 years TCM had spread across Asia, Europe and the Americas. In the 1990s and beyond, with many people doubting the effectiveness of Western medicine and turning their backs on invasive procedures, synthetic drugs and money-grabbing doctors, TCM experienced even more support.

Unlike Western medicine and other forms of medicine, TCM looks at the body on the whole, focusing on complete well being, as opposed to the health of individual organs. It is helpful to think of TCM as a garden. If the flowers wither, the bushes struggle and the grass is scorched, then the overall aesthetic of the garden suffers. However, a little rainfall will restore balance. It will heal the flowers, help the bushes and return some life to the grass, whilst also invigorating everything else.

In Western medicine, the focus is on curing individual symptoms and diseases. They might remove the flowers, inject some nutrients into the bushes and reseed the grass. This fixes the problem as well, but the end result is not as finely balanced, and it is certainly not as natural.

The Concept of Qi

Traditional Chinese Medicine is based on the concept of Qi, which is the body’s energy. According to the lore of TCM, this energy flows through the body via paths known as “meridians”. These meridians are connected to all of the body’s organs, and if these pathways are somehow blocked or obstructed, then problems can occur. A lot of practices in TCM are therefore based around unblocking these pathways. But there is much more to it than that, all of which will be discussed on this section of the website.

A person’s Qi is generated by a number of things, including food, water, air and medicine. There is also a belief that a person’s Qi is inherited from their parents, that a finite amount has been bestowed upon them and that this amount will be used up over the course of their life.

Yin and Yang — Finding a Balance

Yin and Yang play an equally important role in Traditional Chinese Medicine. Yin and Yang is a central aspect of Chinese culture, as well as Chinese medicine. It is an outlook, an understanding and a way of life.

Historically represented as fire and water, Yin and Yang are polar opposites, two things that are completely different from each other, and yet two things that rely on each other. Both opposite and interdependent, these forces are the good and evil, the hot and the cold, and they both have their own characteristics. Yang is used to describe things that are bright, hot, fast and active, whereas Yin describes things that are cold, slow, and peaceful.

In Traditional Chinese Medicine, all of the body’s organs have elements of Yin and elements of Yang. As with everything else in the universe, these need to be in perfect balance throughout the body, but that balance does not necessarily have to apply to the individual organs. One organ may have more Yang (often referred to as the functional activities of the organ) than Yin (the nutrients and structure), but other organs may have a greater proportion of Yin properties in order to balance this out.

Zang-fu is a theory that separates the organs into either Zang or Fu, with the former being the organs that create and store Qi, blood and other fluids, and the latter being the organs that deal with the digestion of food and other nutrients. The Zang organs are the heart, liver, spleen, lungs and kidney, whilst the Fu organs are the gall bladder, large intestine, small intestine, stomach, urinary bladder and something known as the sanjiao, which is responsible for metabolism, but doesn’t refer to a physical organ.

The remaining organs, including the brain, are often described as “extraordinary fu”, although their functions are more related to the Zang organs than the Fu organs in the way they store and distribute the body’s energy.

TCM literature records the use of thousands of medicines, the most common of which are plants and plant extracts. Animal parts are also used, although this practice is less popular with modern practitioners and with Western proponents due to the ethical and legal issues associated with many of these ingredients. They are still widely used though, and in terms of popularity, animal horn, teeth and bones are second only to the plant ginseng, which is the most widely used medicine in TCM.

Spices, herbs and fruits, including ginger, goji berry, rhubarb, sweet wormwood, and cayenne pepper, are also popular in Traditional Chinese Medicine. Ginger, which is a Yang food and one that is connected to the large intestine and lung, can help to promote circulation and to stimulate the appetite. Honey, dates and carrots are connected to the stomach and spleen and can help to nourish the body, whilst also negating the effects of toxic substances. Sour foods such as lemons, olives and vinegar are connected to the liver and gall bladder, and can help with sweating and diarrhea.

It’s not just about foods either, as TCM condones the use of many unique practices. These include acupuncture, which is used to receive aches and pains, among other things, as well as Fengshui and meditation.

Chinese Folk Remedies for Treating Insomnia
What Causes Insomnia? A Look from a Chinese Medical Perspective
The Many Benefits of Chinese Tuina Massage Therapy